A NEW CHESS BOARD 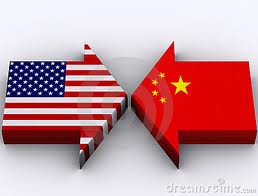 Last week, the US Defense Secretary, Leon Panetta, announced that most of the US naval fleet will be redeployed to the Asia-Pacific area.  The current naval fleet is composed of 285 different classes of warships.  By the year 2020, sixty percent of these warships will move from the Atlantic, the Mediterranean and the Middle East, to the Pacific Asian arena.  According to Panetta, it’s a move designed to “…promote international rules and order to advance peace and security in the region.”  According to Pentagon sources, at the end of the repositioning of the US military in the Asia-Pacific region, the chess board will look as follows:  Japan will have 40,000 US troops stationed within its borders; 16,000 additional troops will be relocated from Japanese land to the sea; South Korea will have 25,000 US military deployed there; 500 units will move into the Philippines; the island of Guam will see an addition of 4,400 troops drawn from Japan; Singapore will host a combat navy ship; and even Australia will see the stationing of 2,500 troops.

This change of military strategy by the Americans comes as no surprise.  It’s the culmination of a pivotal process that had started right after the end of World War II, accelerated under the last three Administrations, and will continue no matter who the next US President is.

During the Asia-Pacific Economic Cooperation Summit in Honolulu last November, Obama told business leaders that the focus of American foreign policy was shifting to Asia.  The Trans-Pacific Partnership’s Free Trade Agreement (TPP), which is currently under negotiation, is the instrument with which Obama plans to influence the dynamics played out in the Asia-Pacific region.  Of course, trade agreements alone are not going to be sufficient, thus the announcement of Panetta last week that the USA is rethinking its military priorities.  According to National Security Advisor, Tom Donilon, the objective is to ensure that when it comes down to the Asia-Pacific Region, “…international law and norms be respected, that commerce and freedom of navigations are not impeded, that emerging powers build trust with their neighbors, and that disagreements are resolved peacefully without threats or coercion.”

The Obama Administration is betting heavily on the potential benefits of the TPP to retain and expand its influence in the region.  But, let’s be sincere.  It’s clear to me that the reason for this change in economic and military strategies are aimed at one target only:  China.  Naturally, Obama and Panetta have denied that the real target is China.  But it’s obvious that these changes in foreign policy priorities have the aim of limiting and controlling the rise of Chinas influence in the Asia-Pacific region.

In an article published by the American Prospect, an unnamed foreign minister of a Southeast Asian nation stated that “…China is like a new sun entering the American solar system.  All the planets are now shifting their orbital patterns, and the Asian planets especially are entering into orbit around the Chinese sun…  China’s is a hierarchical worldview in which each country and person has an assigned position that is either up or down.  In this hierarchy…my country’s position is definitely down, and we therefore prefer not to be controlled by China.  On the other hand, there are nice economic benefits in China’s orbit.  So, we’d like to be in that orbit but with U.S. gravity keeping it wide and loose.”  This is exactly the dilemma that many countries in the Pacific-Asian region face:  How to do business with a growing power such as China, reaping the benefits of such a business and at the same time, not getting swallowed by the Chinese giant.  It’s a relationship of love and hate.  We could call it the “black widow syndrome.”

The TPP trade agreement is an attempt to address the Asian countries’, such as Vietnam, South Korea, and Malaysia, etc. distrust towards China and at the same time gain access to the US market.  By joining the TPP, the United States assumes the responsibility of being the main player and protector of the Asian countries, specifically those counties which are not aligned with China.  This move allows the USA to defend its own interests in the region.  Clearly the shift of US military power to the Asia-Pacific area is intended as a clear message to the Chinese.  The main unstated objective is to:  Keep the Chinese confined on its own shore by means of economic and military instruments.

The TPP should be seen as an expansion of the earlier free trade agreement between the United States and South Korea.  TPP expands the free trade to other countries, besides the ones mentioned above, such as India and  Singapore.

The Obama Administration’s accelerated shift of US foreign policy towards Asia is falling in line with the shifting of national security and economic interests towards Asia.  In the last ten years, Asia has become the USA’s largest source of imports, and the second largest area of exports for the USA, after the North American region.

This pivot towards Asia also has its drawbacks and does not come without risks.  To start, the shifting of such a massive military power near the sphere of China’s mainland and Chinese interests could strengthen the Chinese hardliners within its government.  It’s a dangerous game, given the fact that a more rigid China could make it more difficult for the USA to obtain collaboration from China on issues such as Syria, North Korea and Iran.  Not to mention that from an economic standpoint, China is the USA’s second largest trading partner, and that China is the country that owns more US government debt than any other country in the world.  The other drawback is a budgetary issue.  With the US government facing a skyrocketing debt, it will be hard for any Administration to increase and sustain a military presence in Asia for the long run.  As Clyde Prestowitz states in the American Prospect, regarding the increased security presence in the Asia-Pacific region:  “It’s a bad response.  For starters, it puts us in a no-win position.  China is growing and has a rising stream of wealth and capabilities.  It will easily be able to increase and modernize its forces.  Conversely, we must reduce military spending.  Why give China reason to think we are challenging it to an arms race while our position weakens and theirs strengthens?  We could well wind up doing a pirouette rather than a pivot, simulating a get-tough policy with little to back it up.”

The US pivot towards Asia shows us that the rise of the Asian region directly equates to the demise of another region, Europe.  Asia is the world’s most populous area and the fastest growing economic zone.  The USA has no choice but to look west.  Europe has failed, not only economically but politically as well.  The downward spiral of Europe as a whole is unstoppable, and since the European countries have joined the EU, Europe as a whole has not been able to keep up with the world’s shifting economic and military powers.  Any arguments supporting the concept of the EU as a necessary entity are easily defeated by the facts and numbers.  It’s not just by getting rid of the common currency that Europe will be saved.  Only reverting to sovereignty and strong national interests will assure that the nations of Europe will survive and be competitive on the new world’s chess board.

This new chess game carries larger components of risk.  It must be seen who, between China and the United States, has the better moves, and who has more to gain or lose.  The game has just begun.